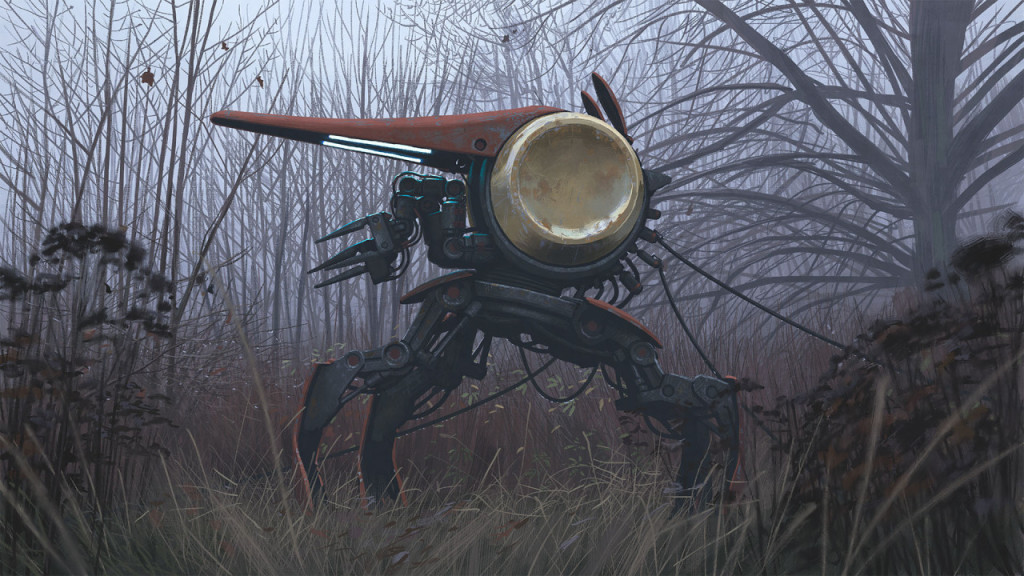 I feel deeply inspired by Simon’s illustrations of retro-futuristic vision of rural Sweden. The images depict an authentic world that feels real due to his mastery of technique and craftsmanship in execution (Fig. 1). But perhaps it something much more simple in his work that inspires me. His vision speaks about a time that has already passed, a place that is lost in time. His vision speaks of memories, and even if part of those memories have been partially fabricated, we want to believe they are true. After all, we also do fabricate our own memories, to a subtle extent. In essence I think what inspires me in his work is nostalgia.

Perhaps that is the beauty of it, the fact that going back is impossible. Perhaps going back, literally, would ruin the memory. When Joseph Campbell speaks about “Refusal of Return” he argues that once a hero has completed his journey, it is expected for him/her to return to their origin point, yet the hero refuses to do so (Campbell, 2008: 167). And how can a hero, or anybody for that matter, “return” after completing a journey? Such hero has become a different person. The “journey” has created change in the hero that cannot be undone. Return is impossible.

Being an immigrant, more than once during my lifetime, I feel that I left a lot of things behind. Material and ethereal. Sometimes it would be nice to have some of those things back. But perhaps it’s better this way. Leave them where they are, in the past, in memories. Return is impossible.