I had the pleasure to meet Norwegian Artist Viel Bjerkeset Andersen at the Open Oslo festival where practitioners all over the city open their studios for people to visit (Open Oslo, 2015). Bjerkeset Andersen’s work mainly deals with large urban spaces. Her vision blends naturally into the environment becoming an integral part of it. The shapes and materials feel as if they have been taken from a futuristic work of science fiction, yet at the same time, they feel familiar and welcoming (Fig. 1). 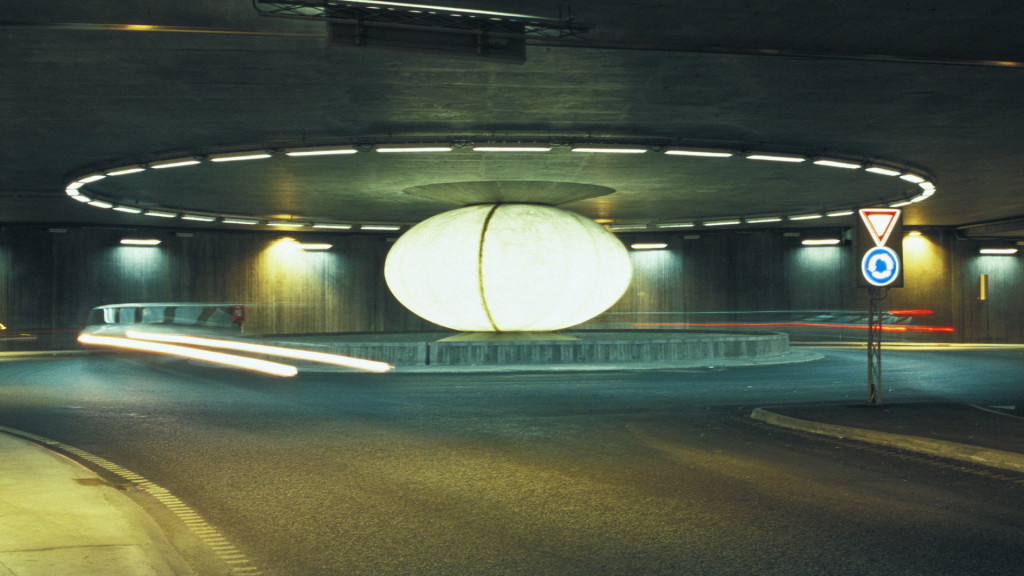 After Open Oslo, Bjerkeset Andersen agreed to meet again for an interview. We talked about her inspirations and motivations as an artist; how animation and music forms part of her practice; and her impressions of the art world. It is impossible to cover her long trajectory and the depth of her work here but I would like to surface some of my impressions.

Music is an integral part of Bjerkeset Andersen’s inspiration and research. Being an animator myself, I was very intrigued when she mentioned music and animation when reflecting upon her own work, which one might perceive as static. She sees rhythm in the way people experience her creations. Just like experiencing music or animation. It’s important to break the monotony by creating variations of beat through time. She mentioned a specific example of a 14 Km tunnel where she is proposing to “disturb the monotonous feeling” (Bjerkeset Andersen, 2015: 18.45) by placing luminous shapes inside. The aim is to break the monotony for the driver passing through this tunnel by creating a variation in the scenery, thus creating an live animation and eventually making the tunnel safer for drivers. Although sculptures are mainly static, it is clear that Bjerkeset Andersen understands animation from an animator’s perspective. I felt very inspired by how a practitioner from a different field from my own can understand and explain my practice with such detail and clarity.

The Art world is a challenging scene and this feeling is still present today for other practitioners. I will expand on this subject on my next post: Oslo Open Part 2: Interview with Yola Maria Tsolis.